History of the Kukri – RavenCrest Tactical

The Kukri, or more traditionally named, Khukuri is the national weapon and utility knife of the Nepalese people. It holds symbols of national pride, valor in battle, and personal bravery; although it is all of these things and more.

With its wickedly curved edge, the khukuri is known as one of the most the most renowned fighting knives in the world.  However, the khukuri was also commonly employed as multi-use utility tool, rather like a machete. In this familiar role, it is used for the peaceful, daily tasks of chopping firewood, cutting meat and vegetables, skinning game, and opening cans of food.

The khukuri also is also an important spiritual talisman to the Nepalese people as well. The shape of the blade represents the Hindu trinity – Brahma – the creator, Vishnu – the preserver, and Shiva, the destroyer who clears away the old to make way for the new.

The notch in the blade is a stylized representation of the character “Om” – the core mantra of all mantras (the “sound the universe makes”) – embedded indelibly in the steel and denoting prosperity and fertility; or alternatively a cow’s hoof, which to us is a sacred symbol. So the khukuri is deeply spiritual to us – a sacred object with which a warrior may face death itself, unafraid.

Below you will find two different examples of the Kukri, both designed, tested and offered by RavenCrest Tactical. The first is an assist open folding Kukri which is a pocket sized, and the second is the more traditional, larger fixed blade Kukri. Please click on either image for more details. 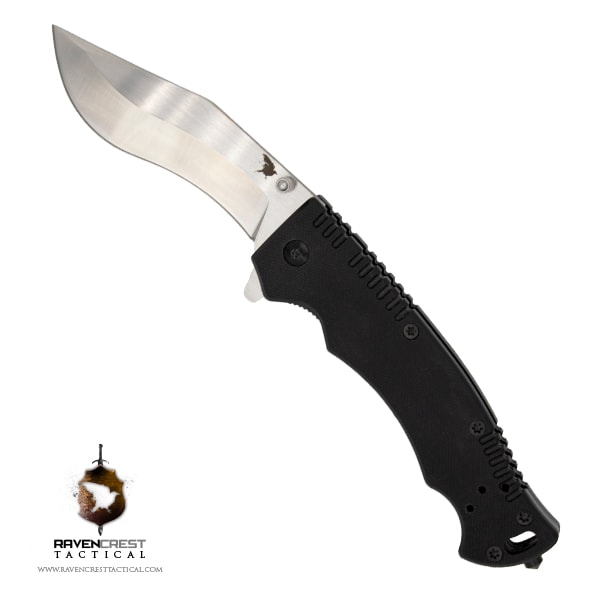 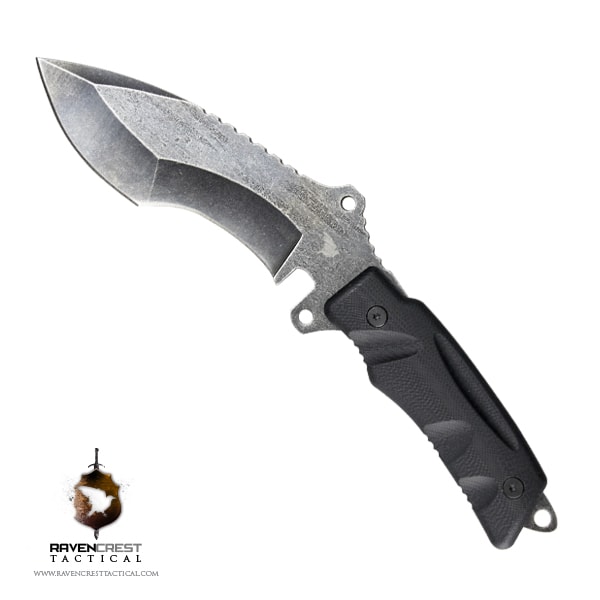